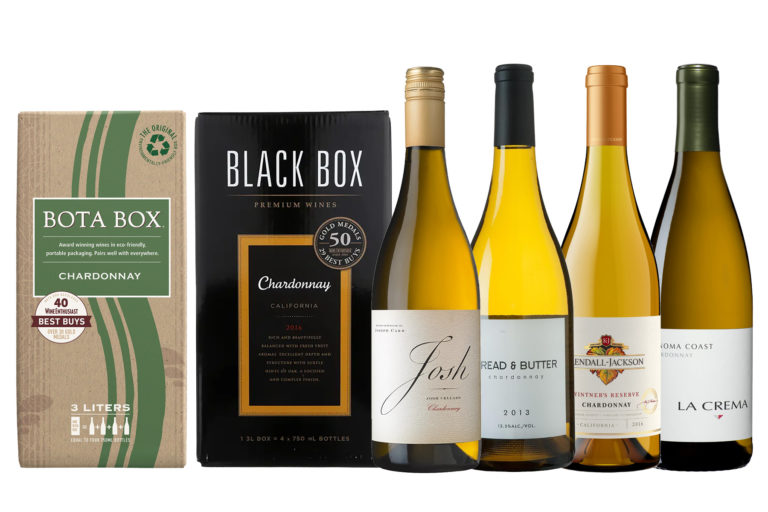 Chardonnay just may be the most ubiquitous white wine, as it is grown in nearly every major winemaking country around the world and has become a fixture in many American households. However, though it’s still a mammoth subcategory in the white wine sector, Chardonnay sales have slowed as niche varieties gain traction. While retailers shouldn’t abandon this important white wine varietal, it will become more important in the coming years to optimize and diversify when making Chardonnay purchasing decisions.

A Slowing, But Solid, Category

Despite facing a wave of naysayers urging consumers to drink “anything but Chardonnay” (ABC) 25 years ago, Chardonnay has achieved steady success among American wine drinkers for decades. Currently, it is the second-best selling varietal white wine on Drizly, comprising 25.3 percent of white wine sales.

This can’t be attributed entirely to the pandemic; 2019 trends already indicated a slowdown in growth for Chardonnay. According to Nielsen, 2019 off-premise dollar sales for Chardonnay were unchanged compared to the previous year, while overall off-premise dollar sales for white wine increased by one percent year-over-year during the same period. Data from the IWSR actually shows a decline in Chardonnay sales volume during 2019: down 2.2 percent, falling slightly more than total white wine volume (-1.9 percent).

Drizly users overwhelmingly gravitate towards American Chardonnays; U.S. Chardonnay wines have accounted for 87.6 percent of sales so far in 2020, and within U.S.-origin Chardonnays, 81.7 percent is from California.

However, both of these regional categories have lost share over the past year as Chardonnays from other countries and states see sales increases. Products from Australia and Argentina have gained share, as have products from Washington state, which increased from 4.7 percent of U.S.-origin Chardonnay share in 2019 to 5.4 percent in 2020.

The average price of Chardonnay sold on Drizly in 2020 was $15.83, with 63.7 percent of sales falling within the $10 to $19.99 range, so retailers should prioritize shelf space for products in this price range. “Though some consumer favorites, like Kendall-Jackson and La Crema, have remained consistent over the past few years,” says Paquette, “we recommend retailers keep their pulse on top-selling brands in the Chardonnay category as we saw movement among the Top 10 brands this year.” Drizly retailers can use the “Top-Selling Items I Don’t Carry” report to determine whether there are additional best-selling SKUs nationally or in their specific markets to consider carrying.

Retailers should also consider packaging formats when making Chardonnay purchasing decisions. Boxed wine has grown in share of the Chardonnay category over the last five years, reaching 11.7 percent share of Chardonnay sales — higher than the 7.9 percent share that boxed wine holds across all wine categories. “Chardonnay is resonating with consumers of boxed wine more so than other varieties,” says Paquette. “Consumers may also be more inclined to purchase this popular varietal wine in a larger format compared to more niche varieties they may be less familiar with.”

Who is the ‘Chardonnay Consumer’?

However, the broad stylistic and price range of the Chardonnay category means that these wines appeal to a wide variety of consumers. “I would not begin to characterize a ‘Chardonnay consumer’ and don’t believe that to be a useful characterization as it lacks specificity,” says Chris Struck, a sommelier at New York City’s Union Square Cafe. Consumers of Grand Cru white Burgundy, for instance, are likely looking for something different than fans of entry-level California Chardonnay.

Maggie Curry, the director of marketing for Kendall-Jackson, agrees with this mindset. Though sales of Kendall-Jackson skew slightly female, “it is hard to define it with a certain demographic,” she says.

How Will Future Chardonnay Sales Perform?

“Despite slower growth year-over-year, Chardonnay remains an important staple in retailers’ white wine inventory,” says Paquette. Chardonnay may not have one of the most rapid growth rates right now, but it is starting from a much bigger sales base than other categories. According to Nielsen, though Chardonnay’s growth during the Covid-affected sales period trailed that of overall white wine sales, it still comprised 41 percent of total sales value in measured off-premise channels.

Current sales trends for Chardonnay within the wine category mirror vodka within the spirits category, in a way: though year-over-year sales growth has slowed or even declined, these subcategories are prominent and sought after. “If a wine retailer is looking for sales growth, then Chardonnay will have to play an important role given its size and base,” says Curry.

Though American and California Chardonnays have lost share over the past year as consumers have redirected attention to up-and-coming Chardonnay regions, this can offer an opportunity for retailers to drive sales with offbeat Chardonnay selections. “For retailers looking to diversify or differentiate themselves with Chardonnay offerings,” says Paquette, “investing in products beyond the traditional U.S. and California-produced Chardonnays is a strategy to consider.” For example, “the Willamette Valley is a region newly garnering attention for its Chardonnays”, says Struck.

While the uptick in interest for niche varietal white wines has taken share from Chardonnay, it’s unlikely to have a wildly detrimental effect to the category in the long run. “I think the popularity of Chardonnay has only diminished slightly by the realization of Chardonnay devotees that there are more wonderful grapes worth exploring in the world of wine,” says Struck.

In fact, interest in less-popular white varieties may benefit Chardonnay by attracting new white wine consumers. “Data shows that new consumers often enter the wine category through other varieties such as Moscato or Riesling, and then graduate to Chardonnay,” says Curry.

Increased awareness of Chardonnay and its range of styles has also positively changed the category’s perception. “Consumers open-minded enough to give the varietal wine multiple tries might find there is a style they like and thus drop their ABC mantra,” says Struck.

Retailers should keep this range of Chardonnay styles in mind when making purchasing decisions as well. “Given [the category’s] diversity and the price variance within each of these style choices, a retailer should have a robust Chardonnay selection,” says Curry. “The popularity of Chardonnay warrants this decision if they want to offer their customers the best of what Chardonnay has to offer.”

While Chardonnay may not be poised for rapid growth like a lesser-known grape variety, it has established itself as a prominent category. “It has become clear that Chardonnay remains a leading variety and that it’s here to stay,” says Curry. “Maybe ABC should be changed to ‘always bring Chardonnay’.” 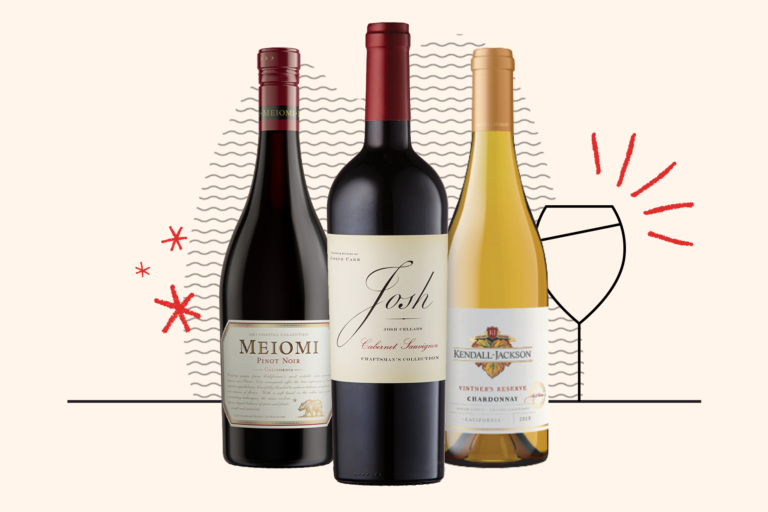 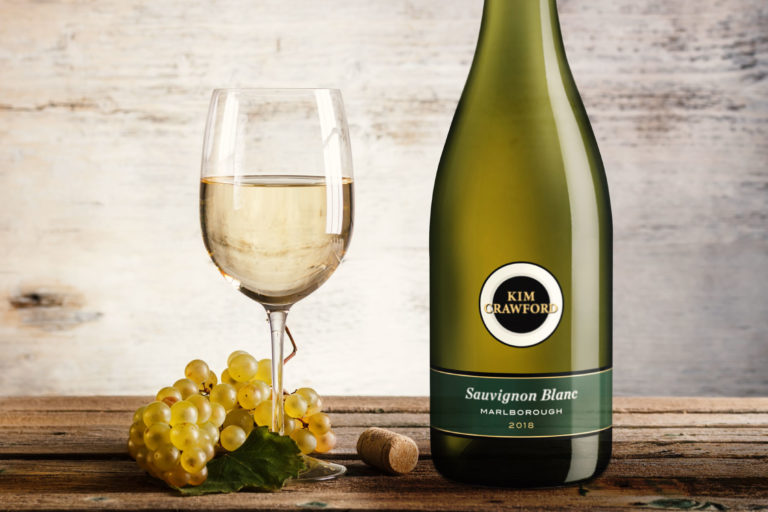 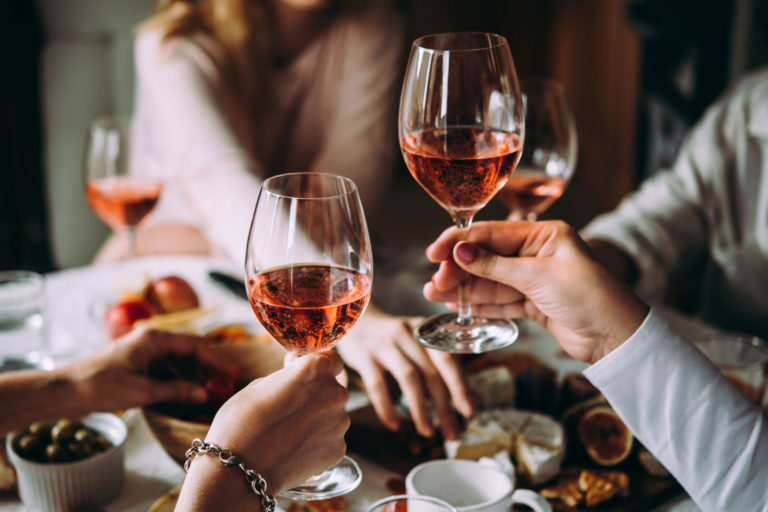