Some of the most sought-after wine, beer, and spirits products from around the world are Hispanic- and Latinx-founded and owned, from increasingly popular tequilas and mezcals to benchmark wines. “From the agave fields of Mexico to the sugarcane plantations in the Caribbean to the South American vineyards, Latinx producers have long contributed to the global spirits industry,” says Susana Cardona, the director of brand experience at Clase Azul Tequila.

For Hispanic Heritage Month, celebrated annually from September 15 to October 15, BevAlc Insights is highlighting popular Hispanic- and Latinx-founded and owned brands available on Drizly that retailers should consider stocking. Hispanic Heritage Month celebrates the histories and cultures of Spain, Mexico, the Caribbean, and Central and South America, all of which are countries and regions with strong wine and spirits histories.

Unsurprisingly, Hispanic- and Latinx-owned drinks products on Drizly skew heavily toward two traditional products: 70 percent of Latinx- and Hispanic-owned and founded brands are spirits, primarily tequila, with the remaining 30 percent of brands falling into the wine category.

As consumers continue to seek out more diversity in their drinks and the brands they support, it is crucial to support Hispanic and Latinx brands year-round. Drizly has added a filter to the platform to allow consumers to search specifically for Latinx and Hispanic owned brands. In the past year, the category has grown with Hispanic and Latinx founded or owned brands share increasing 25 percent over 2021.

“Ask questions and get to know not only the product but also the story and individuals behind the brand,” suggests Eduardo Bacardi, the director of sales and marketing for Ron del Barrilito, noting that understanding each brand’s history can have a direct impact on sales. “Consumers look for an authentic and real story because that translates to an authentic and real product.”

The list below highlights some of the fastest-growing and most popular Hispanic- and Latinx-owned drinks brands available on Drizly. These brands’ history and connection to their Hispanic and Latinx heritage are just as unique as the products they create.

One of the fastest growing and most popular sangrias on the market today, Capriccio is sparkling and based on red wine. Founded by Alberto de la Cruz, who owns Florida Caribbean Distilling company with his family, Capriccio is an up-and-coming brand which is taking advantage of current sparkling wine and sangria trends.

In crafting their premium tequilas, Dos Artes controls production from its agave farms through bottling. Owned by Allan Aguiar, Dos Artes is a leader in artisanal tequilas made in the heart of Jalisco and ideal for sipping or mixing.

Designed to be the ideal mezcal for cocktails, El Silencio was founded by Fausto Zapata and Vicente Cisneros. El Silencio uses traditional techniques – from growing and roasting agaves to distilling and aging their spirits – to craft premium mezcal.

Created by Master Distiller Germán González Gorrochotegui, Tears of Llorona is a rare super-premium tequila. First imported into the United States in 2014, this full-flavored tequila is made from 100 percent Blue Weber agave, which is triple-distilled before aging in a mix of sherry, brandy, and Scotch barrels for five years before release.

Crios is a family-focused winery located in the heart of Argentina’s wine country. Founded by Susana Balbo as a tribute to her children, the label produces wines designed to be enjoyed across generations.

Founded in 2004, Leviathan is now part of the Chilean-led Huneeus portfolio. Its single red blend represents a snapshot of California’s finest grapes each harvest season. Free from the restraints of appellations, Leviathan wines are bold and powerful expressions of prime California vineyards.

Rey Campero Mezcal was founded by mezcal master Romulo Sanchez Parada, and its name means “King of the Countryside.” These artisanal mezcals are produced in the southern highlands of Oaxaca, and each bottling is unique in flavors, aromas, and alcohol content.

Set on the picturesque slopes of Jalisco’s historic volcano in the heart of Mexico, Flecha crafts ultra-premium tequilas using traditional methods. Cofounded by Mexico natives Aron Marquez and Abraham Ancer over their shared passion for tequila, Flecha remains one of the few Mexican-owned and operated premium tequila brands.

Established on the site of a historic winery in Mendoza, Argentina, Antigal has become known for its signature Malbecs and Uno wines, a line of reds, whites, and rosés known for their generosity and eye-catching labels. Owner Heracio Piero built a state-of-the-art winemaking facility in 2000, and the wines are now exported around the world.

Owner Yola Jimenez is using her grandfather’s distinctive mezcal recipe to craft artisanal, organic mezcal—and empower women while doing so. Every bottle of Yola Mezcal—the company’s only SKU—is hand-bottled by women, and Yola almost solely employs women across the company in order to promote and support their economic freedom.

Established in 2008, Pisco Logia is a boutique, women-run producer located in Aspitia, Peru, near the Pacific coast. Master distiller and vigneron Nati Gordillo purchased this land with her husband in 1998 and began making pisco in 2003; together with founder and general manager Meg McFarland, Gordillo produced Pisco Logia’s first pisco in 2008 using techniques like foot-crushing and small-batch distillation. The team produces a monovarietal pisco, the Pisco Puro Quebranta, from the Quebranta variety, and a blend, the Pisco Acholado, which contains Quebranta and Italia.

Tequila master Carlos Camarena, who comes from a long line of tequila producers, created Tequila Ocho with the late Tomás Estes. It was one of the first to focus on single-estate, artisanal tequila, crafted using agave from the Camarena family’s fields and made in their La Alteña Distillery. The producer’s options include Ocho Plata, Ocho Reposado, Ocho Añejo, Ocho Single Barrel, and Ocho Extra Añejo.

These eye-catching bottles are individually hand-painted and -sculpted by some 100 artisans in the Mexican town of Santa Maria Canchesda. Clase Azul was founded and is led by Arturo Lomelí in Guadalajara, Mexico. “Our founder started the company motivated by the purpose of preserving and celebrating the magic of Mexican culture and artistry. Each of our products offers the buyer a piece of our Mexican heritage,” says Cardona.

For almost 140 years, not much has changed about Ron del Barrilito: It is Puerto Rico’s oldest rum still in production. Four generations of the Fernández family have continued to make Ron del Barrilito the same way they did in 1880. From bottle labels or the estate itself, the original character of the brand remains. “Our history is rich; the world around us has changed so much but when you step into the hacienda it feels like being transported back in time,” says Bacardi.

Rick Martinez began making sangria in his kitchen for friends and family. When they started asking for bottles to take to parties and give as gifts, he realized there was a gap in the market. Bottled sangria didn’t taste as good as homemade, so he spent the next three years figuring out how to make high-quality bottled sangria with real fruit juice and quality wine.

Martinez, now the president and founder of Señor Sangria, says his entrepreneurial spirit is inspired by his parents who left Cuba and immigrated to the United States, “When I think about them arriving in a new country with nothing and not speaking the language, yet finding a way to build a life for our family, that fuels me,” he says.

Iván Saldaña, the creator and biologist of Montelobos Mezcal, built the brand with a commitment to sustainability after spending most of his life studying plants. “Dedication to sourcing agave and other raw materials, and conserving an ecological balance by avoiding the depletion of natural resources, are the main ways in which the brand works to minimize impact and maximize progress for the local community,” says Saldaña.

Each bottle of Casa Dragones is hand-signed and numbered, marking the brand’s commitment to making small-batch, high-quality sipping tequila. González Nieves, co-founder and CEO of Casa Dragones, is the first woman to be certified as a Maestra Tequilera and has been named to Forbes Mexico’s Top 50 Women in Business list.

Founded in 1934 by the Serrallés family in Ponce, Puerto Rico, the rum was named after Don Quixote, the family’s favorite novel. Since then, the passion for crafting rum has been passed through six generations of the Serrallés family. Don Q produces a wide range of flavored and aged rums.

This Spanish winery, established by Ramón Bilbao in 1929, aims to keep the namesake’s legacy alive as the brand continues to grow. In 2019, the brand was named one of the world’s most admired wine brands by Drinks International. It specializes in age-worthy Rioja and fresh, delicious Rueda wines.

Banhez Cooperative is owned by 36 families of farmers and mezcaleros in the central valley of Oaxaca, Mexico. Francisco Javier Perez Cruz founded Banhez to challenge the inconsistent work, low wages, and an uncertain future that had been associated with the mezcal industry, in an effort to improve the lives of mezcaleros and their families. 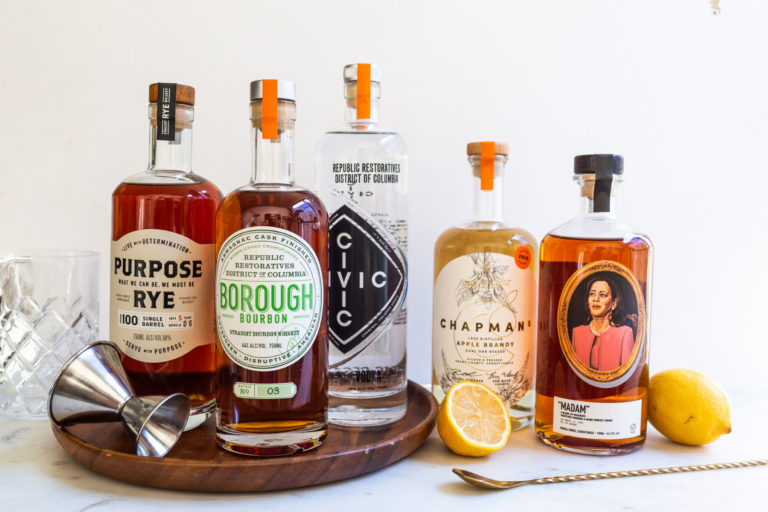 LGBTQIA+ Owned Drinks Brands to Have on Your Radar 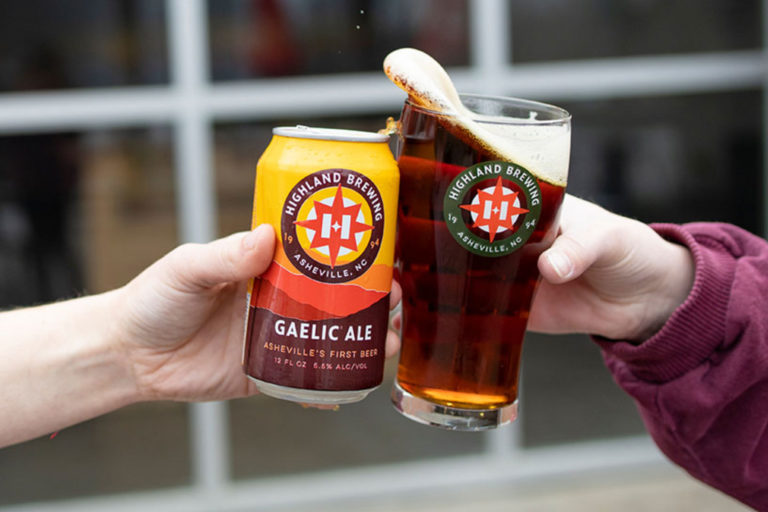 AAPI-Owned Drinks Brands to Have on Your Radar  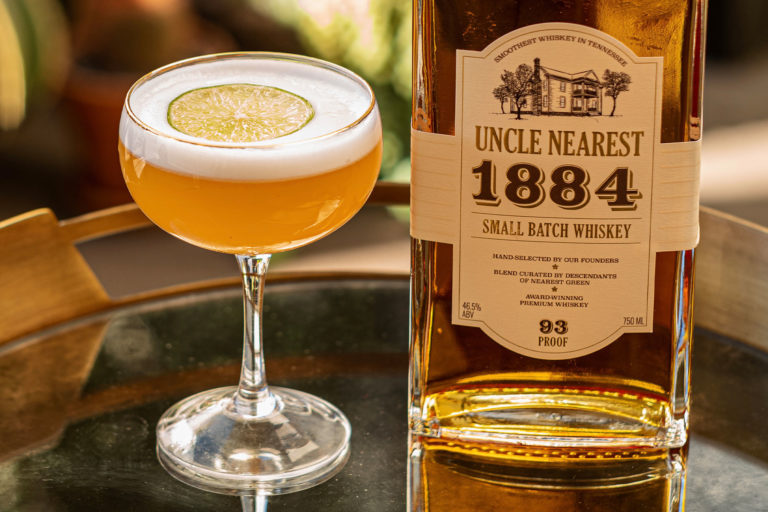 Black-Owned Drinks Brands to Have on Your Radar

Conscious consumers are seeking diversity on store shelves, and retailers have an opportunity to drive equity forward by highlighting these products