How to Prepare for Potential Aluminum Can Shortages in 2021

After can shortages prevented retailers from keeping top-sellers in stock last year, many are monitoring the situation closely and stocking up early 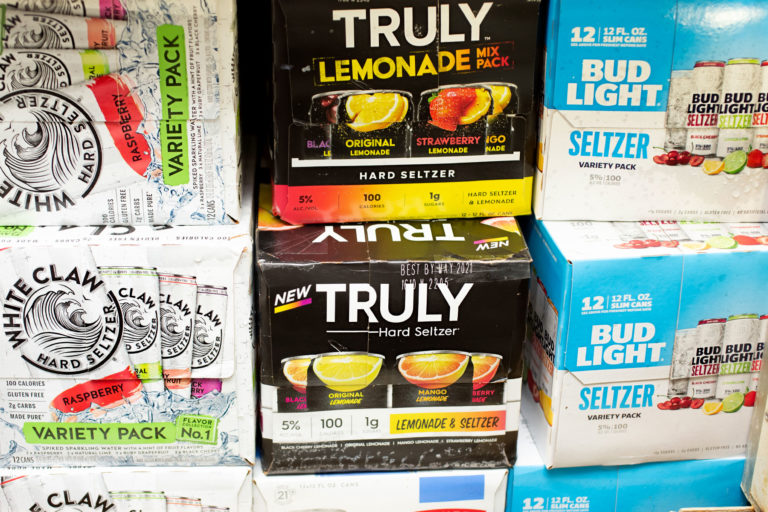 As the Covid-19 pandemic disrupted the alcohol beverage supply chain last year, one of the biggest challenges that impacted U.S. alcohol producers, suppliers, and retailers was what’s been coined the “can-demic” — widespread shortages of aluminum cans, which led to smaller supply of in-demand beer, hard seltzer, and ready-to-drink (RTD) cocktail brands.

Shortages persisted into the fall and winter, so with another outdoor sipping season ahead, many retailers are wondering if they will have difficulties keeping their shelves stocked with top-selling cans. While producers and retailers alike won’t be blindsided by supply chain issues this year, here is how they are preparing for potential can shortages this spring and summer.

According to a 2020 survey by the Aluminum Association, shipments of can stock to U.S. markets increased 2.6 percent year-over-year through September, and the National Beer Wholesalers Association reported that cans’ share of the U.S. beer market and hard seltzer market rose seven percent in the first quarter of 2020 and remained elevated through the second.

On Drizly, the canned format has comprised 13 percent of overall sales share, but last year, that share began spiking as temperatures warmed in May, peaking at 15.5 percent in July.

The most significant sales driver for cans is beer. Beer cans accounted for 66 percent share of beer category sales in the past 12 months on Drizly, and many breweries pivoted from kegs to cans when restaurants and bars closed, making the off-premise channel the major sales driver. “In 2019, our production was 55 percent bottles and 45 percent cans,” says Sean Monahan, the chief operating officer for Stone Brewing. “As Covid hit, there was a dramatic shift in consumer behavior, so it basically flipped in Q2 of 2020. We immediately switched to more cans.”

Yet the biggest reason for the uptick in can sales is hard seltzer’s explosive growth, accounting for a 31 percent share of canned beer sales on Drizly — more than any other beer subcategory. Further, the rising popularity of RTD cocktails also played a role in can shortages; in the liquor category, canned formats grew to two percent share of sales in the last 12 months, with RTDs accounting for 99 percent of that.

With all of these factors at play, it’s easy to understand why there was suddenly a shortage of aluminum cans in 2020 — and it could potentially happen again. “We anticipate the shortage will be better managed and planned for this year as suppliers learned from last year’s experience,” says Liz Paquette, Drizly’s head of consumer insights. “However, with another summer around the corner when consumers will likely be socializing outdoors, canned drinks will be heavily in demand.”

How Producers are Adapting to Shortages

Producers are likely to be better prepared this year, working months in advance to secure cans for the summer months, in some cases importing them from overseas. For example, Stephanie McGuane, who manages brand communications and PR for Constellation Brands, says Corona has avoided a shortage because they source outside of the U.S.

Stone Brewing, on the other hand, adapted by moving around their portfolio when they were hit with major shortages starting last August; for example, they discontinued some products in order to dedicate those cans to more popular SKUs. As for 2021, Monahan says suppliers have reassured them that it won’t be an issue again.

Alternative materials have been key for Boochcraft, a line of organic hard kombuchas, which sells their product in 22-ounce glass bottles in addition to cans. “We had to get creative with sourcing and production, as did so many people in our industry and beyond,” says Margaret Link, the marketing director for Boochcraft. “Luckily, we have some diversity in our formats, but there was definitely some horse-trading going on.”

It’s a shift retailers may start seeing from other producers in the beer, hard seltzer, and RTD categories. Kinky Beverages, Koloa Rum Co., and Jack Daniels, for instance, all sell RTDs in glass bottles, while Daily’s Cocktails uses pouches.

Link suggests a move to “Franzia-style plastic bag or box situations, not just a one-time use container,” and to her point, Crafthouse Cocktails recently introduced a 1.75-liter bag-in-box option in addition to their aluminum bottles with a screw cap top.

Crafthouse Cocktails co-founder Matt Lindner says his company hasn’t had any issues with shortages for their aluminum bottles and predicts more brands will move in that direction, especially as the ability to close the top adds extra convenience. “It’s actually worked to our advantage a bit because when some of the other canned cocktails haven’t been able to supply their retail partners, it’s opening more space for us,” he says.

Preparing for Another Possible Shortage

Even though producers are doing their best to avoid another can shortage, it’s not a sure thing. As the summer months approach, retailers can do something they couldn’t in 2020: anticipate and prepare for it. “Retailers should pay close attention to which canned drinks are driving sales, both at their own stores as well as on the local and national level,” says Paquette, “so they can plan their inventory accordingly, particularly around key occasions this summer like long holiday weekends.”

Matt Wluka, the director of operations at Bauer Wine & Spirits in Boston, remembers last year’s shortage all too well. “All of the high-demand products across the board were consistently out of stock and unavailable because of the canning issue. We were constantly playing catch-up, trying to order enough to get us by for a few weeks,” he says, adding that High Noon was especially difficult to get. “We’d order 10 cases and only three to four would show up. Consumers were asking for it, we were trying to order it, and it was just falling short.”

Wluka isn’t sure what to expect this year but is preparing for a repeat nonetheless. “I think people will really be out and enjoying the nice weather and I think there’s going to be a high demand for people who couldn’t get the products last year or just didn’t get enough of it,” he says. “We’re stockpiling now trying to build up our inventory so that when the time comes, we’re ready.”

Bauer will also be stocking a variety of hard seltzer and RTD brands in order to have alternative options for customers — beyond top-sellers like High Noon, White Claw, and Loverboy — and retailers may also want to consider stocking different formats, like glass, aluminum bottles, and multi-serve RTDs that are unlikely to face shortages. 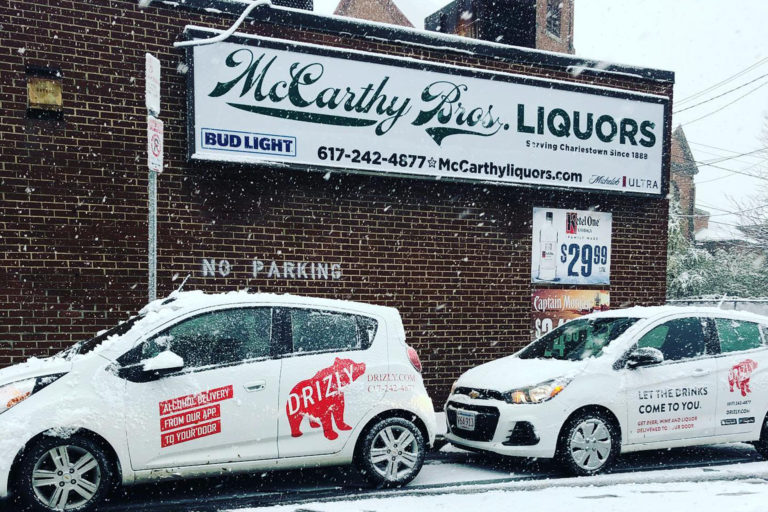 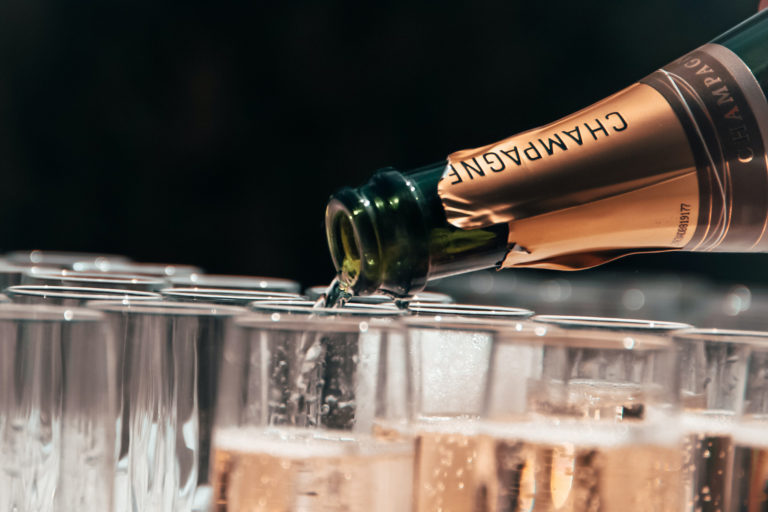 What Retailers Need to Know About Q4 Product Shortages

With categories like Champagne, tequila, and whiskey in high demand, adaptation will be key to success for the 2021 holiday season 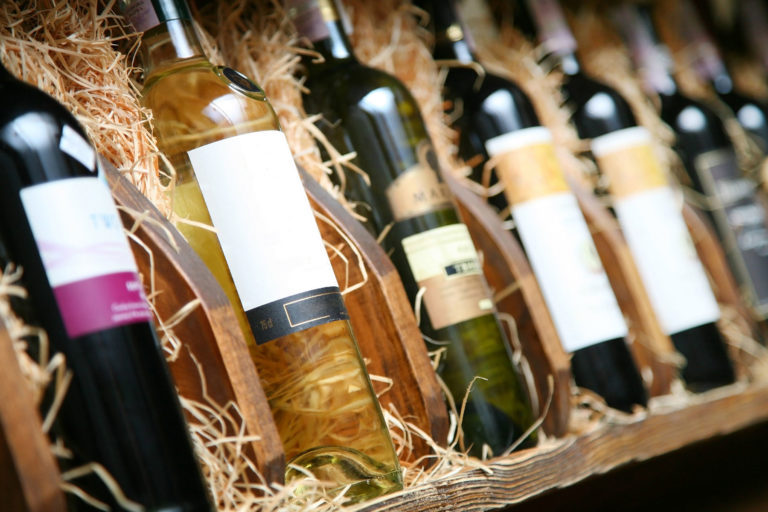 How Retailers Can Optimize Their Luxury Wine Selections