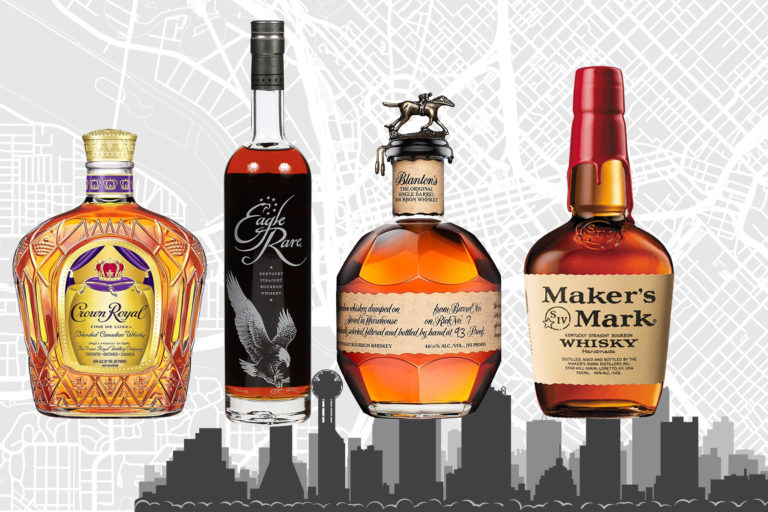 Dallas is a city that loves its liquor, paired with good, old-fashioned Southern hospitality. In many ways, the alcohol purchasing behaviors of Dallas consumers are unique when compared to the rest of the country.

To help Dallas retailers identify key trends in their area, maximize sales, and gain a competitive edge, we compared Drizly’s Dallas market sales to national data and spoke with two successful stores in the city to collect and relay these important retail insights.

Dallas purchases significantly more liquor than the rest of the U.S., as spirits account for 53 percent of the total share compared to 41 percent nationally. “This trend is consistent across the state of Texas, driven by cultural preferences,” says Liz Paquette, Drizly’s head of consumer insights.

Randy Johnson, owner of Bear Creek Spirits & Wine in Dallas, agrees. “It’s a way of life in the South. Southern hospitality comes with entertaining and social activities that play a role in consumption,” Johnson says, adding that Dallas residents will go well out of their way to purchase liquor. “In terms of geography, Dallas is spread out and liquor stores are not approved in every city in the metroplex. Therefore, people drive for miles sometimes to get their liquor and they stock up, usually buying the largest size.”

Further proof of Dallas’ affinity for liquor can be seen through the breakdown of the Top 5 subcategories in Dallas versus the rest of the United States. In Dallas, three of the Top 5 are liquor, with whiskey and vodka at the top of the list compared to two out of five in the rest of the U.S., where red wine tops the list.

Whiskey is the most popular subcategory, led by bourbon, which is an overwhelming favorite throughout Texas. “Growth for bourbon is outpacing all other categories,” Johnson says. “We get a lot of requests for allocated whiskies like Blanton’s, Eagle Rare, and Buffalo Trace. The explosion of new distilleries and offerings is driving the curiosity of consumers.”

The top-selling whiskeys and bourbons in Dallas on Drizly are Bulleit, Crown Royal, Jack Daniels, Maker’s Mark, and Jameson. On the niche side, Johnson has also noticed an uptick in sales for specialty, small-batch gins and mezcals, which Dallas retailers may want to trial on their shelves.

Drizly data shows that Dallas buyers have also been spending more on liquor in 2020. “In terms of liquor, the market’s top-selling category, the average price per unit in Dallas is $30.44,” says Paquette, explaining that while that price per unit is lower than the national average of $31.11, Dallas is still buying up. “Similarly to the national trend, the price of average liquor purchase is up year-over-year from $28.86 in 2019, suggesting a slight trend towards premiumization.”

Johnson too has noted a trend toward premiumization in the bourbon and tequila categories specifically, identifying Casamigos Blanco as the leader in higher-priced tequilas. While it sits in the top tier or price points, he said Clase Azul Reposado has been popular as well.

Hard seltzer accounts for 24 percent of the beer share in Dallas with White Claw and Truly sitting at the top of the market’s best-selling beer list. Moreover, three seltzers make up the Top 5 fastest-growing beer SKUs in Dallas.

This is on-trend with the category’s explosion nationally. After overtaking light lager as the top beer category share on Drizly in 2019, hard seltzer continues to dominate nationwide in 2020, with sales up 707 percent above baseline through June 1. According to Nielsen, hard seltzer off-premise sales quadrupled year-over-year during the 15-week period ending June 13 for an increase of $900 million.

Drizly’s Dallas data also lines up with Johnson’s at Bear Creek Spirits & Wine. “Our best sellers through August are White Claw (up 70 percent), Truly (up 214 percent), and High Noon (up 81 percent),” he says. “New entrees like Ranch Water and Ranch Rider have no prior year sales history to measure, but are keeping up with volume trends on a single SKU level with the leaders.”

After hard seltzer, domestic beers — like Miller, Michelob, Bud Light, and Coors — make up a significant share of Dallas’ Top 10 best-selling beers on Drizly, but consumers appear to have a penchant for local options, too. “Shiner and Deep Ellum are two beer brands that make the Top 10 in Dallas but not nationally, taking the place of craft brands like Lagunitas, New Belgium, and Sierra Nevada,” says Paquette. “This can be attributed to the fact that both originate from Texas, showing a preference toward local brands.”

Jordan Abdul, manager of Kindred Spirits & Wine in Dallas isn’t surprised that Deep Ellum specifically has resonated with the Dallas community. “Texans love classics. They seem to stick with what they know,” he says. “Even though Deep Ellum is a craft beer, they seem to stick to the basics. Their flavor profiles seem to be more simple and straightforward. They do what they do and they do it well. It’s definitely about local pride here in Dallas and Deep Ellum is a destination that a lot of Dallas residents love to go to.”

Chardonnay Finds a Home in Dallas

The city of Dallas buys less wine than the rest of the country — 30 percent share compared to 38 percent — and slightly less white wine, but when they do pour a glass of white, it’s often Chardonnay. The best-selling white wine variety in Dallas, Chardonnay accounts for 41.8 percent of the white wine share, whereas elsewhere in the U.S., Chardonnay comes in second to Sauvignon Blanc, accounting for 28.8 percent of white wine share.

Further evidence of this is that three Chardonnays make Dallas’ Top 20 best-selling wines list, while none crack the Top 20 for the U.S. overall. The top-selling Chardonnays in Dallas that retailers should stock up on are Kendall Jackson’s Vintner’s Reserve, Josh Cellars, and La Crema. Both Johnson and Abdul confirmed that Chardonnay is the best-selling white wine category at their stores and Johnson added Meiomi as another top producer for retailers to consider.

RTD Cocktails are Flying Off Shelves

The ready-to-drink (RTD) cocktail category has been booming nationwide, experiencing a 416 percent growth in share on Drizly YOY. Nielsen reported a 57 percent year-over-year growth in off-premise dollar sales, for the 52-week period ending August 8. This is after the category’s sales volume nearly tripled between 2018 and 2019, according to data from IWSR. Dallas has not been immune to this surge of the RTD category, which is one of the fastest-growing subcategories in the market.

“We have had a difficult time keeping our ready-to-drink cocktails on the shelf,” Johnson says. “This may be in part due to supplier production issues during Covid-19 and fueled by consumers drinking at home.” Johnson reported that sales at his store for the Jose Cuervo Golden Margarita 1.75L were up 146 percent in 2020 through August, while sales for the 1800 Authentic Margarita 1.75L were up 77 percent. He also listed Ranch Water and Western Son as consumer favorites.

Addul has seen similar growth in RTD. “It’s been on fire and some SKU’s like Ranch Rider, Ranch Water, and On the Rocks came out the gate on fire and took off faster than we could anticipate,” he says. “Dallas was huge on going out for a drink and now that everyone is staying in, it’s so easy to just pour out these RTDs and get what they want.” 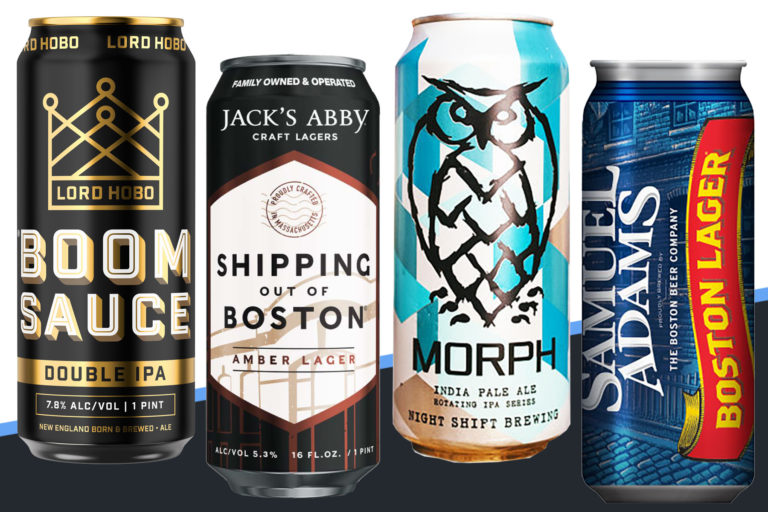 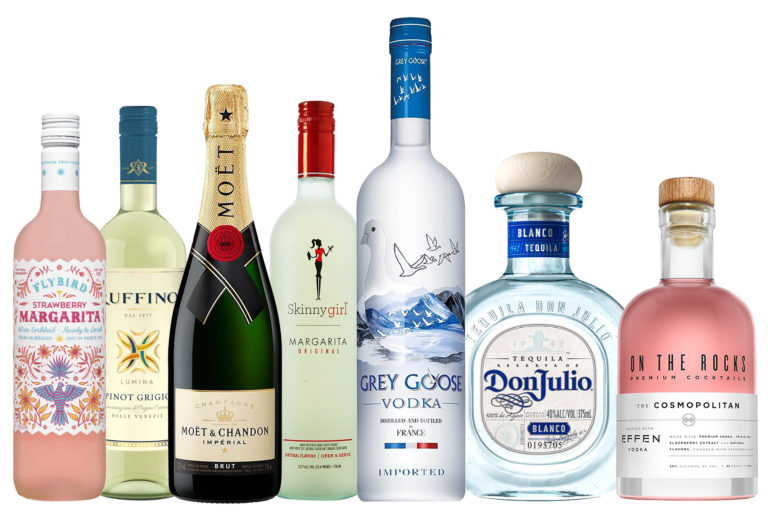